Mariyah is a bellydancer, choreographer and instructor based in NYC. Distinguished by her graceful and evocative dance style, she is highly regarded as a leading dance artist in the New York area. She has performed countless shows for weddings, events, and cabaret and theater stages in the NYC area and beyond. Professionalism, skill, and a captivating stage presence have set her apart as a highly sought after entertainer, solo artist, and company member. Mariyah’s performances have been described as “innovative and inspiring”, “timeless”, and “passionate.”

In addition to her dedication to traditional dance styles, Mariyah is a theatrical artist drawing on a variety of movement forms, the depth and diversity of bellydance, and her passion for myth, mysticism and poetry to create dances which evoke archetypal figures and a journey of the spirit. She develops her art through continuing study, travel, her work with respected theatrical and traditional dance ensembles, and new creative dance theater projects and workshop topics.

“It is always such an amazing experience to see you dance. As I’ve told you, you are breath-taking…. I feel when I watch you dance I am witnessing the sacredness of this dance…something so real and true.”- Athena Najat- 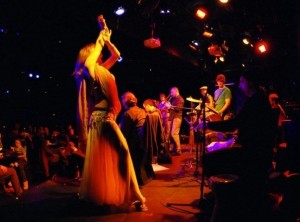 While keeping a busy weekly schedule of event and nightclub performances in the NYC area, Mariyah has also continued to hone her skills and expand her artistry with her commitment to a variety of theatrical projects. She has been a member of the Dalia Carella Dance Collective, a contemporary, world fusion dance-theater company, since 2002, performing in all of the Collective’s NY stage productions since, including “In Search of a Goddess” (’04), at Broadway’s Duke Theater and as a featured soloist in the company’s 10 year retrospective at Dance New Amsterdam theater in 2011.
A passion for performing bellydance with live music led Mariyah to be a regular  performer in NYC’s Middle Eastern clubs and to be the featured dancer with the Anistar ensemble for many years. In 2008, Mariyah began dancing with NYC’s premier Arabic music and dance ensemble Zikrayat and began choreographing and dance directing for the group in 2010. She has performed with the ensemble at numerous  cultural and theater events, including the prestigious Lincoln Center Out of Doors festival in New York, NY.

In 2012 Mariyah co-founded ““Entelechy Dance“” with her dance partner, renowned NYC bellydancer Layla Isis. This new dance theater project that aims to incorporate bellydance to create dances that express the element of spirit, psyche, myth and mystery, and conscious evolution. Entelechy Dance created the Siren Revival a series of widely acclaimed dance concerts produced in NYC in 2013 and 2014 to wide acclaim.

Mariyah was also a featured guest artist with NYC’s highly regarded Bellyqueen dance company in 2011, dancing with the group in several productions
Most recently, she began dancing and touring with the Bella Gaia project in 2014

Other notable clients and venues include performances for the United Nations, the Dr. Oz show, Alicia Keys, Joe’s Pub, The Highline Ballroom, HereArts and corporate clients such as BravoTV, Toys R Us, Snapple, Charlotte Russe, Kimpton Hotels and many more. 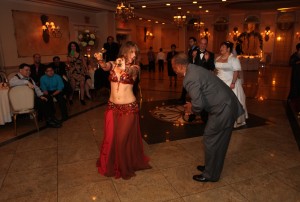 Mariyah brings a unique perspective to teaching, drawing from her extensive performance experience and broad dance and movement background. As an instructor, she encourages students to work deeply within the body both physically and energetically to find a uniquely expressive physicality. Mariyah has been contracted to teach specialty workshops across the US and abroad and also teaches regular bellydance classes in Brooklyn, NY.
Mariyah offers private instruction and coaching in person or via Skype for beginner to professional dancers.
In 2007, she collaborated on her first instructional DVD, with acclaimed dance fusion artist Darshan, to create the DVD “Chakra Dance Flow” a program incorporating yoga, bellydance and movement meditation. In 2012 she co-created the instructional DVD, “Belly Dance Drum Solo: Concepts for Dancers and Drummers” in collaboration with master percussionist Faisal Zedan and Dhavir Productions

“I think everyone should know Mariyah. She is truly one of the best examples of the art of Oriental Dance in the U.S.A.”- Tarik Sultan

Mariyah’s first mentor in Oriental dance was legendary New York bellydancer and instructor Serena Willson. Mariyah’s love of the dance and its varied styles led her to study extensively with such masters as Shoshana of New York, Elena Lentini, and Dalia Carella. Mariyah also travels regularly to attend workshops and receive private instruction with the great dancers of Egypt and Turkey.
Mariyah holds a BA from NYU’s Gallatin School of Individualized Study where she majored in Religious Studies and Studio Art and presented her final colloquium on creativity and spirituality, exploring the spiritual influence in the creative process. Mariyah has also been a student of yoga since 1995 and has trained as an instructor through the Himalayan Institute.

A little bit of summer 🦋🌞 from the gorgeous

I ❤️getting my audience involved in the act. W

A throwback to May and backing up the incredible @

Set 1 of photos from the gorgeous wedding of @hoda